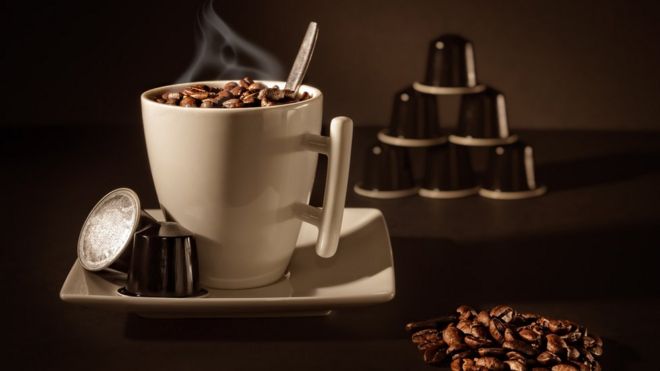 Why does this matter? It matters on a number of levels; to mention a few:

The museum is a number of things, but perhaps most obviously it’s a museum of economics; in the main hall there’s a number of displays talking about the monetary system; definitions of inflation, for example:

It’s hugely important to have quick and easy definitions for terms like inflation, money, and quantitative easing. If nothing else, you can at least prove your friends wrong when they make grand assertions about economic matters.

The opening hall is full of exhibits that make the point that monetary policymaking is hard work:

Here, you can pull up and down the lever on the right to affect where the ball is, between deflation and inflation of 10%+. The problem is that on the left there’s an “economic shock” which makes it very hard to ever get the ball to 2%. Not too dissimilar to the outcomes of actual inflation over recent years…

What is an economic shock? Another exhibit had genuine BBC news footage from throughout recent decades from events such as the oil crises in the 1970s, the stock market crash of 1987 and the UK’s exit from ERM in 1992 – all huge events that had considerable impacts on wider economic activity.

Perhaps the most exciting exhibit is a bar of gold – value close on £300,000! As you can see, high security:

The talk we had talked through the history of a state bank and central bank and how it developed, along with the development of bank notes from bits of paper to the soon-to-be plastic £5, £10, £20 and £50 notes we now use.

All in all, a fascinating museum, educational and good fun at the same time. If you are in London and within easy reach of the Bank, I’d highly recommend getting along – it’s free!

More economic news this morning: inflation has gone negative. What does this mean?

It means that the UK’s Consumer Price Index (CPI), a collection of prices of goods the “average consumer” will buy, has fallen over the last year, since September 2014. As the BBC point out, the ONS (Office for National Statistics, who collect and publish the CPI) attribute this fall to smaller than normal increases in the prices of clothing, and falls in petrol prices: two goods we tend to buy quite often. Perhaps also importantly: clothes and oil, by and large, are not produced in the UK and are things we import. Negative inflation is incredibly rare: a short spell around 1960, and the current spell.

What does this all mean? Possibly quite little; the UK exited the 1960 deflation (negative inflation) spell quite quickly. However, inflation is generally associated with a growing economy: growing aggregate demand and an aggregate supply unable to keep pace. If this is so, then it suggests the current economic recovery is weaker than perhaps we might think. On the other hand, if the primary reasons for negative inflation are from abroad, then this is arguably good news: the economy (hence our incomes) is growing, and prices aren’t rising – this should mean we all feel that bit better off, since we have more money to spend on things.

On the first Thursday of the month (or the second, it seems, if the first is the 1st), the Bank of England’s Monetary Policy Committee meets to decide on monetary policy in the UK. At midday on that Thursday, they announce what they have decided to do; it’s just been announced that interest rates will remain at 0.5%, where they have been now for over five years. Here’s the entire history of the Bank of England “base rate”, which is the rate it sets monthly:

You’ll note that the rate reached 0.5% before 2011 (right at the end of the chart), and it’s still there. It’s one of the longest spells without a change for decades.

The MPC is a group of economists, both ones that work for the Bank of England, and a group of external members, often university professors and economists that work in the private sector. The idea is that they apply a wide range of expertise and experience on the UK economy to policymaking decisions. They are trying to hit a target of 2% inflation, that the UK government sets for them, but at the moment inflation is around 0, hence below target.

Prior to this, inflation spent a number of years above target, and perhaps as a result, there have been a number who have called openly for a rethink about the Bank of England’s role in policymaking, not least the new Labour Shadow Chancellor of the Exchequer.

We’ll consider monetary policy in about week 8 or 9 next term, once we’ve considered the various constituent parts of what the MPC thinks about when making decisions: inflation, growth, consumption, investment, money, interest rates and banking.