Last week we covered unemployment benefits, and looked at the extent of Job Seeker’s Allowance (JSA). We also looked at the existence of in-work benefits, and discussed how they are an attempt to avoid a poverty trap – where people can end up worse off when taking a job relative to their position out of work with JSA.

We discussed in Monday’s Economics Conversations the impact of complex systems administered by governments – they tend to create loopholes and confused incentives, and likely discourage use of them as was originally intended (i.e. to help those out of work to get back into work). Hence simplifying such a range of different payments – which in general are in-work benefits in addition to JSA – ought to, in principle, be a good idea.

However, big changes are being made, and to big complicated systems. Different people will be affected differently by the changes, and what matters most to people is whether they’ll be made better or worse off as a result. We care, by and large, as a people, if those seeking to better themselves and work hard find themselves worse off by changes like these – it makes little sense to discourage people from trying to do better.

But how can we know what the impact will be? Can we trust the government’s own figures on the matter? Can we trust other attempts to understand the impact of changes? Doesn’t everybody have an axe to grind, some bias in their analysis? By and large, over the years, the Institute for Fiscal Studies (IFS) has established a reputation for being as thorough and objective as possible in its analyses of the things governments get up to (and the proposals made by oppositions around election time). As a result, their intervention today on Universal Credit is important.

The title of the press release is informative: “Universal credit cuts support for working families, but helps make work pay where current system creates worst problems”. The UC will be effective in reducing the overall spend on benefits by £2.7bn, the report finds, hence it’s clearly effective in that regard, and further it will “make work pay where current system creates worst problems”: so it will address some cases of the poverty trap. However, the report states that 3.1 million households will be worse off as a result of UC, and 2.3m will be better off, hence the BBC leads with the assertion that “The introduction of Universal Credit (UC) will leave working families worse off on average, the Institute for Fiscal Studies has said”.

It’s well worth a read of the IFS’s actual report, to get a sense of how we go about evaluating public policy as thoroughly and objectively as possible. Not least, it will help you to determine whether indeed, as the government asserts, the IFS “ignored other benefits such as extra childcare”. Usually a quick CTRL+F to search the document is informative. I did a search for the term “childcare”, and found five references to the term in its entirety. On page 9 of the linked PDF document (only 28 pages), the report states “One area where the UC system has been made more generous relative to the legacy system is in the level of subsidy given to childcare costs”.

You may have seen this graphic, or some similar sentiment, doing the rounds at the moment.

As you may be aware, successive governments have committed to spending 0.7% of GDP on aid to some of the poorest and most needy people around the world. It’s also a tiny amount of money. The plot below makes this clear: it’s a small amount even of the interest the government pays on its national debt, and (not plotted) about a twentieth of what we spend on pensions each year.

Foreign Economic Aid and Interest on National Debt since 1993

So, practically, firstly, stopping this money would make little difference to the government’s overall budget. Bear in mind that the deficit is still much larger than 0.7% of GDP.

Secondly, there are many, many things that the government spends lots of money on that might be better reconsidered if there is a need to cut other things before we spend more money on flood defences (and helping those affected by the floods).

Third, as we’ll learn about this coming term, governments have budget constraints, and if they spend more than they get in tax receipts they run a deficit (as the UK government has done for a long time now), and need to borrow. As such, if something is important (hence has a good rate of return, however measured), and can be financed at a low interest rate (as is the case at the moment), then a better argument is that it should be funded by more borrowing. 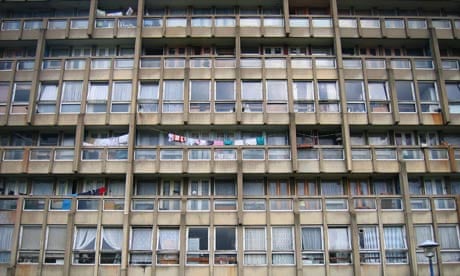 One thing that a good measure of social welfare would reveal is the extent to which we are in a decline. It is very common for commentators to lament about how things aren’t like they used to be, harking back to some golden age. It’s less clear what Montgomerie’s golden age is from reading his article which perhaps absolves him a little of this criticism. Nonetheless I’m sure there is an inbuilt tendency in us all to view the age of our youth as that golden age. I’ve come to realise, in my own personal experience, that the 1980s couldn’t have been a social golden age given all the upheavals taking place in that tumultuous decade.

Anyhow, the point remains a good one: we do need to measure social wellbeing in the same way we measure economic wellbeing (i.e., GDP). It’s not a novel point, it gets made year after year; back in 2010 David Cameron was talking about measuring “gross wellbeing” as well as “gross domestic product”, and before the general election Ed Miliband made a request to the Office for National Statistics that they start measuring wellbeing, or “living standards” in a single measure. None of this is to diminish the message, just to point out that it’s nothing new, and that like many public projects, project completion appears to be always somewhere on the distant horizon.

Early next term we’ll be talking about measuring GDP, and measuring economic wellbeing more generally, as well as social wellbeing.

Today’s headline news is not tax credits, but they’ve been dominating the news of late. The government plans to cut tax credits, which many see as unfair.

Tax credits are essentially in-work benefits, paid to people working but earning below a certain threshold (£14k). The motivation for them is to reduce the disincentive to take work that many on benefits face: by taking a job, many can find themselves worse off than they would be if they remained on benefits and out of work – the poverty trap.

One criticism of tax credits is that they amount to a subsidy to for firms unwilling to pay a sufficiently live-able wage to workers, and as a result sustain a low pay culture. This criticism assumes all firms do this out of choice rather than because it is all they can afford to pay. This analysis from the Institute of Economic Affairs makes the same point. It’s possibly a little simplistic in that it assumes all firms are price takers and have no bargaining power, which is probably unrealistic in at least some cases (and probably most likely in low pay cases).

The main reason the government is pushing through cuts to tax credits is that they need to satisfy the fiscal charter they introduced recently, and many other parts of the benefits bill are protected (such as pensions). The political criticism of the move derives from the fact that, pre-election, David Cameron said that he wouldn’t cut tax credits in one of the live TV debates.

On purely economic grounds, a government policy that reduces the poverty trap (or at least shifts it to in-work decisions about how many hours to take), ought to be a good thing – and should be on political grounds too, given that strivers (those in work) are to be encouraged, and shirkers (those out of work) are the ones to be penalised. This raises deeper questions about what function a welfare state serves (insurance mechanism?) if we are to analyse it properly, which we won’t.

But either way, given the fiscal charter the government has a lot of cutting to do, which is going to be very unpopular…