Last week we covered unemployment benefits, and looked at the extent of Job Seeker’s Allowance (JSA). We also looked at the existence of in-work benefits, and discussed how they are an attempt to avoid a poverty trap – where people can end up worse off when taking a job relative to their position out of work with JSA.

We discussed in Monday’s Economics Conversations the impact of complex systems administered by governments – they tend to create loopholes and confused incentives, and likely discourage use of them as was originally intended (i.e. to help those out of work to get back into work). Hence simplifying such a range of different payments – which in general are in-work benefits in addition to JSA – ought to, in principle, be a good idea.

However, big changes are being made, and to big complicated systems. Different people will be affected differently by the changes, and what matters most to people is whether they’ll be made better or worse off as a result. We care, by and large, as a people, if those seeking to better themselves and work hard find themselves worse off by changes like these – it makes little sense to discourage people from trying to do better.

But how can we know what the impact will be? Can we trust the government’s own figures on the matter? Can we trust other attempts to understand the impact of changes? Doesn’t everybody have an axe to grind, some bias in their analysis? By and large, over the years, the Institute for Fiscal Studies (IFS) has established a reputation for being as thorough and objective as possible in its analyses of the things governments get up to (and the proposals made by oppositions around election time). As a result, their intervention today on Universal Credit is important.

The title of the press release is informative: “Universal credit cuts support for working families, but helps make work pay where current system creates worst problems”. The UC will be effective in reducing the overall spend on benefits by £2.7bn, the report finds, hence it’s clearly effective in that regard, and further it will “make work pay where current system creates worst problems”: so it will address some cases of the poverty trap. However, the report states that 3.1 million households will be worse off as a result of UC, and 2.3m will be better off, hence the BBC leads with the assertion that “The introduction of Universal Credit (UC) will leave working families worse off on average, the Institute for Fiscal Studies has said”.

It’s well worth a read of the IFS’s actual report, to get a sense of how we go about evaluating public policy as thoroughly and objectively as possible. Not least, it will help you to determine whether indeed, as the government asserts, the IFS “ignored other benefits such as extra childcare”. Usually a quick CTRL+F to search the document is informative. I did a search for the term “childcare”, and found five references to the term in its entirety. On page 9 of the linked PDF document (only 28 pages), the report states “One area where the UC system has been made more generous relative to the legacy system is in the level of subsidy given to childcare costs”.

Is housing part of macroeconomics? You’ll get the opportunity whilst you’re studying here to think much more about housing policy, should you want to; we have experts in the department in Geoff Meen and Andi Nygaard, but we won’t spend any time on housing during Intro Macro next term. Nonetheless, as this Comment piece in the Guardian today makes clear, it matters in all sorts of ways across different sections of society and indeed the economy – and as such should be thought of as having a macroeconomic effect.

Buying a house is the most expensive thing most of us will ever buy, particularly here in the south of England where a four bedroom house can now cost easily above half a million pounds. Many times average income levels, and as such a huge loan must be taken out by home buyers, increasing our indebtedness at a time when debt levels are increasingly becoming a cause for concern. repayments are spread over many years – 25 or 30 years, commonly. The repayments made generally rely on the rate of interest charged, which is often a variable rate meaning it fluctuates with the rate of interest set by the Bank of England each month.

In addition, house prices across the country reflect economy-wide policies and actions both on the supply side, and the demand side. The Comment piece refers to a number of policies on the demand side primarily (right to buy, and various help-to-buy schemes that reduce the size of the deposit needed to get a mortgage), but there is also the supply side: since the late 1970s the number of houses being built to satisfy our demand as the population increases, as been very low by historical standards. Why is this? Why can’t governments simply build houses? 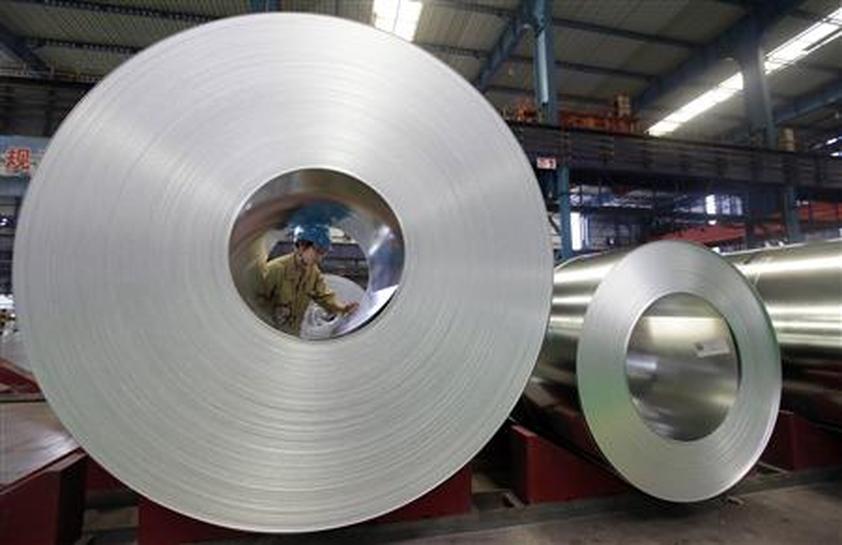 It’s a difficult time yet again for workers in the North East of England and in Scotland. Jobs at steel plants are being shed in large numbers – the headline numbers sum to 2,400. The calls, while predictable, to the government to protect these jobs, reflect the desperation that losing a livelihood produces. People need jobs to support families, to save their homes from being taken from them (repossessed), and for a general sense of self worth and esteem. It’s not trivial: workers are not just factors of production, they are humans with lives and the emotional content that comes with them.

The protests of those asking government to step in and support the steel workers makes reference, pointedly, to the bailing out of banks back in 2008. This references the reality that the UK government did step in and bail out a number of banks that were in deep trouble as the financial crisis enveloped the economy. This is the problem of bailing out any particular industry: consistency. Can the government really be consistent in prioritising particular jobs and people over other jobs and people?

Of course, justifications can be made: financial services is an industry that is growing and performing well internationally, whereas our steel industry is not. But does this mean that the value of the lives of those that work in the steel industry should be treated less importantly than the lives of those working in the banking industry? If banks needed bailing out, it rather suggests they weren’t being run particularly well, which is a criticism usually levelled at failing industries like the steel industry.

All in all, a complicated mess without simple answers. We’ll discuss fiscal policy and government intervention in weeks 7 and 9 in the Spring term.