BBC Radio 4 Women’s Hour has recently run an event about the advice women would tell their daughters/they wished they could have told themselves when they were younger. ‘That what often seemed to be the end of the world often turned out to be a positive and transformative experience!’

This idea doesn’t just apply to women!  This week we are looking for advice/hints/tips that you would give to:

Email your suggestions to l.a.jones@reading.ac.uk and I will update the blog Although the list of contributors does not include any women in academia or science these topics are arguably applicable to all careers.  Each of these topics is covered in short (4 – 5 minute) clips.  Follow this link to hear more – How to be a Powerful Woman

Is this advice useful?  Will you do anything differently? What advice would you give……………..?

‘Clever girls, stupid boys. That’s become something of a modern educational orthodoxy, as girls across the developed world are more likely to get top exam grades and university places.  The gap is so great that the UK’s university admissions authority has warned that being male could soon be seen as a new form of social disadvantage.’ Nick Branch, our head of department in Geography and Environmental science, highlighted this news story on the BBC website today – Teenage girls must not be allowed to feel that maths and science subjects are “the preserve of men”, says England’s Education Secretary. 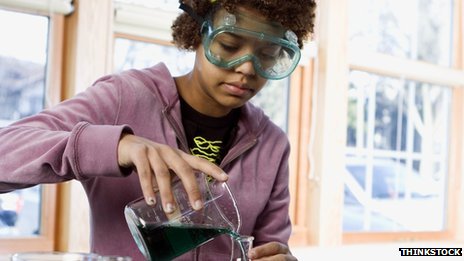