END_OF_DOCUMENT_TOKEN_TO_BE_REPLACED

By Paul Williams, University of Reading Department of Meteorology

‘As important as political leadership is, individual people and companies will have to make key decisions to deal with the impacts of climate change’

Climate change is never far from the news headlines – but often it’s not because of the science.

As much as I think that complicated mathematical calculations about the circulation of air and water around the globe should make people stop in wonder, I fear my beliefs are not widely shared by most other people.

And they would have a point. Most people don’t talk maths over the water cooler or when down the pub, beyond adding up the cost of their drinks.

So if it’s not the science, what makes climate change so appealing to journalists? Often, it’s the politics.

News media love to observe a good old-fashioned fight, and politics is the arena where disagreements get aired every day. Not only that, but politics tends to have a bearing on how we live our lives, too.

So while the basic facts of human-caused climate change are agreed by just about all scientists working in the field, a handful of doubting politicians often hog the headlines.

END_OF_DOCUMENT_TOKEN_TO_BE_REPLACED

As Donald J. Trump is inaugurated as the 45th president of the United States of America, perhaps no country is more nervous than Mexico.

Trump has shaken the very pillars of the relationship. By threatening to upend the North American Free Trade Agreement (Nafta), the new president takes aim at the heart of Mexico’s economic strategy. About 80 percent of Mexican exports go to the United States, ranging from oil to fruit to automobiles. Trump’s highly publicised battles with companies that invest and outsource in Mexico attacks one of Mexican leaders’ key plans for job creation.

Perhaps most troubling of all, Trump’s plans to deport millions of undocumented Mexican migrants and then build a border wall could tear apart the increasingly closely knit social fabric of communities that straddle the US-Mexican border. 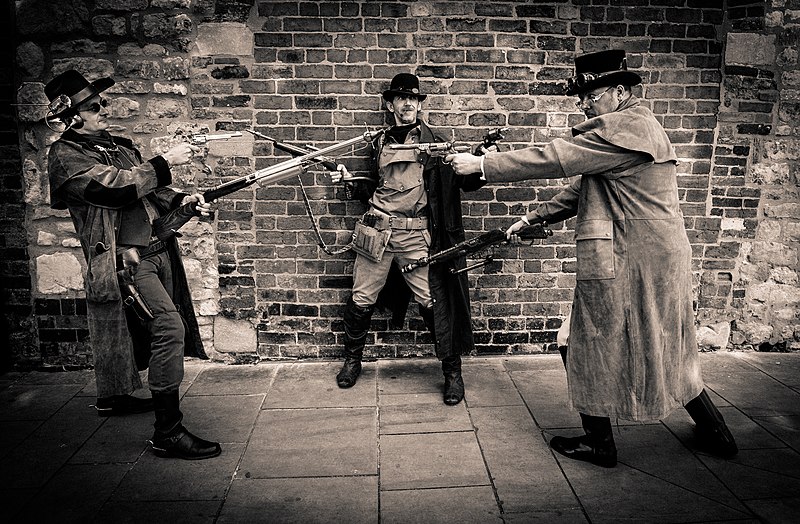 A Mexican standoff. And a wall. Picture CC Martin SoulStealer

END_OF_DOCUMENT_TOKEN_TO_BE_REPLACED

Obama’s eight years in office have been beset by partisan rows and tensions between Democrats and Republicans, frustrating the outgoing President’s efforts to push through reforms.

So what might be Obama’s biggest regrets as he leaves office?

END_OF_DOCUMENT_TOKEN_TO_BE_REPLACED

Later this week, a climate denier will become the President of the United States. Donald Trump claims that ‘nobody really knows’ whether climate change is happening, and has asserted in the past that climate change is a hoax. To make things worse, Trump has filled his cabinet with several climate deniers, and his transition team have raised fears of a ‘witch hunt’ of climate experts in the Department for Energy. Today, a letter to the Prime Minister Theresa May, signed by leading figures in the UK climate research community – including some at the University of Reading – expressed fears about what this could do to the evidence base for global climate policy making. If the new Trump administration follows up on his campaign pledges to tear up existing US climate policies, the future could be bleak for the Paris Agreement, which may be the best and last hope for global action on climate change.

Many people in the climate research community are appalled by the climate denial of Trump and his incoming cabinet. But what, exactly, is wrong with it?

The climate denial of Trump and his cabinet is not bad science: it is not science at all

One thought might be that Trump’s climate denial is outrageously bad science. The essence of science is contestation and disagreement, and science in a state of health makes space for mavericks who strike out with bold new hypotheses, sometimes enabling great leaps forward. Should we be horrified by Trump’s denial because he does not fit this mould? This would be a serious mistake. The climate denial of Trump and his cabinet is not bad science: it is not science at all.

Such views  have grown from a set of organised, well-funded, strategic, deceptive, ideological practices undertaken by a range of conservative think tanks in the US, funded by those with fossil fuel interests, and which have perverted climate legislation in America. The tactics these deniers employ include claims of conspiracy among climate scientists, appeal to fake experts, cherry-picking data, and outright deception.

So he says he doesn’t believe the experts. So what? To understand why Trump’s climate denial is so heinous we must be alive to the severity of the climate crisis and how little time is left to take meaningful action to contain it.