As a gateway event for the Happy Days Beckett Festival in Enniskillen, the Linen Hall Library Belfast is hosting several Beckett-related activities this week.

Tonight, actor Frankie McCafferty will talk about his work performing in Prime Cut’s Endgame, together with a excerpts from Beckett’s work performed  by C21 Theatre Company.

Tomorrow the Library will host a Beckett Colloquium with the following speakers:

More information and tickets for this event here.

Throughout these events the ‘Becoming Beckett’ exhibition of materials from the Reading University archives is at the Linen Hall and free to the public:

“For the first time ever in Belfast, a selection of Samuel Beckett’s manuscripts, memorabilia and letters from Reading University’s renowned Beckett Collection will be displayed. Beckett (1906 – 1989) is recognised as one of the most influential writers of the 20th century and a key presence in the ‘theatre of the absurd’ genre. There will also be readings, talks and dramatic performances.” 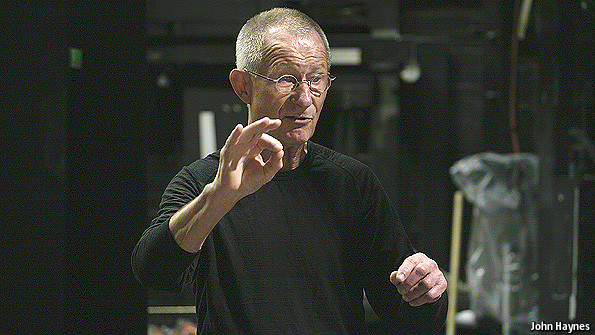 In an event jointly organised by the Staging Beckett project and the Samuel Beckett Summer School, director Walter Asmus will be speaking about his work  on the 14th of August at 1pm.

Having just completed a run at the Galway Arts Festival, Not I, Footfalls and Rockaby with Lisa Dwan and directed by Walter is at the Mac, Belfast September 2-6, and will run at the Brooklyn Academy of Music in October.

From the conference  organisers:

“Our second conference, to be held at Kingsway, University of Chester, 11-12 September 2014, will focus on perceived notions of Beckett at the margins, on productions staged outside London and other major theatrical centres. What has the impact of Beckett’s drama been upon regional, small national, touring and marginal theatrical practices and cultures? What is at stake when staging Beckett in marginal cultures or lesser-known geographical areas? How does Beckett’s work move from a country’s capital city to its regions? Does Beckett’s work speak to national, or local, cultural contexts? How does it fit within established theatrical, cultural and economic infrastructures?

We have speakers coming from all over the world to talk about these topics and we expect this international aspect of the conference to be particularly productive. We hope to see you there!”

For more information and to register: